2Face In Tears As His Wife, Annie And His Babymama, Pero Finally End Their Rift

An Instagram user identified simply as Cheche (@callme.uchay), has taken to the social networking platform to share the emotional video clip of the reconciliation between 2Face Idibia’s family.

The video shows the moment the legendary R&B singer was in tears as his actress wife, Annie Idibia, and his babymama, Pero Saiyemi, finally reconciled and ended their age-long rift. 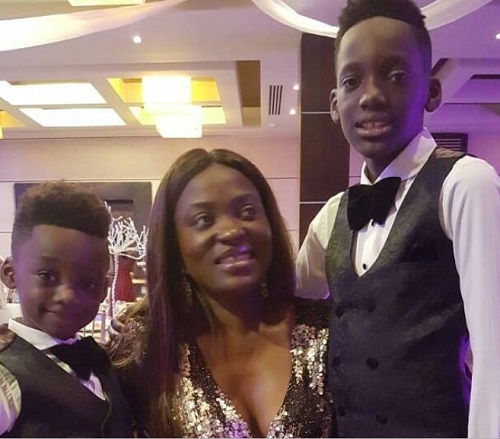 Pero and his two sons for 2Face

Pero gave 2Face to handsome boys during their romance.

Uchay who shared the video from the reconciliation captioned it: “It was highly emotional yesterday at @welove_crescendolounge , the legend of our time brings peace to the Middle East. The rift between @perosaiyemi_ , @annieidibia1 and @official2baba . came 2 an end #spreadlove.”

Watch the video below;

The emotional moment singer, 2Face Idibia, was left in tears, yesterday, as his wife, Annie Idibia, and his babymama, Pero, finally ended their age-long rift.